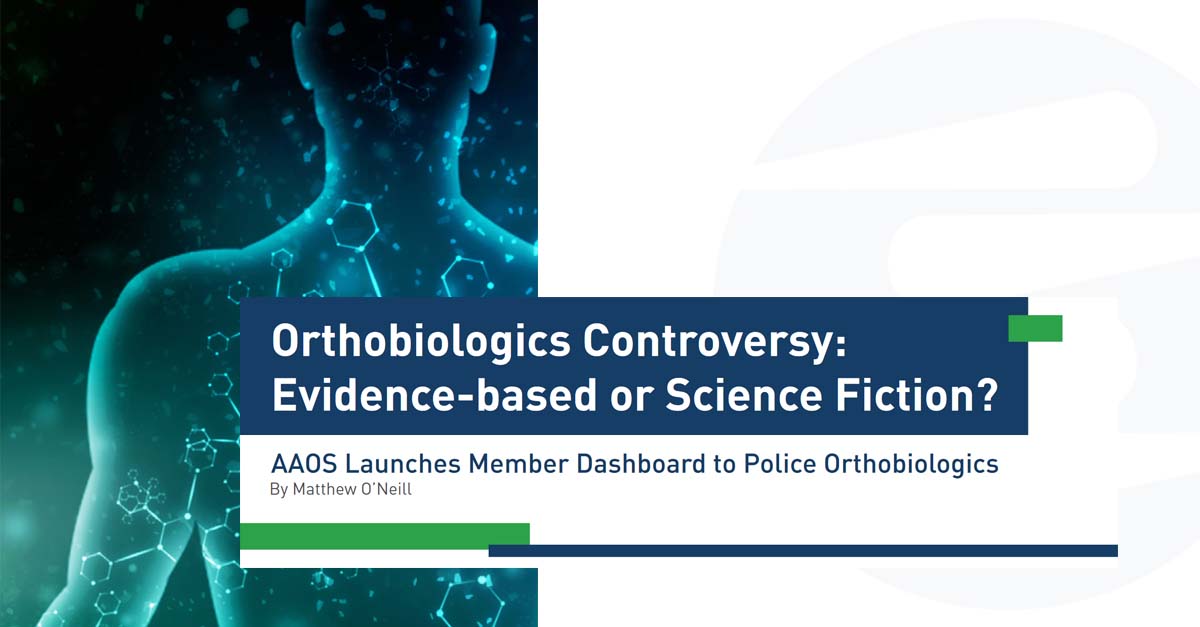 Orthobiologics have become extremely complicated for many physicians and patients due to confusion over clinical data and zealous industry marketing. As a result, a big challenge presents itself to the medical community to the point that the AAOS has now created the Committee on Devices, Biologics, and Technology.

Developed in recognition of the need to monitor and police industry marketing claims and bring clarity to clinical data, the AAOS recently released an article in their member publication AAOS Now, titled True Progress in Orthobiologics Requires That We Police Ourselves and Each Other, by author Scott P. Bruder, MD, PHD. According to Dr. Bruder, “the orthobiologic product segment now represents 10 percent of the worldwide orthopaedic marketplace, with 2019 sales exceeding $5 billion worldwide... (and) new products are introduced every month.”¹This is a staggering number, yet even as products proliferate, not all biologics are supported by scientific validity.

While many companies have taken the time to properly ensure the safety and efficacy of their products, the article states that “there are far too many other cases where companies have improperly side-stepped the FDA, misguided clinicians, and defrauded not only the surgeon community but also the general public.”² Because of this issue, the need for surgeons to arm themselves with information regarding their choice of biologics has never been more profound for their patients, their professional reputations, and the integrity of the medical community overall. Identifying true evidence-based technology has become challenging due to archaic regulations and misunderstanding of levels of clinical evidence. According to Bruder, “The product category manifesting the greatest level of misunderstanding among physicians is that of human cells, tissues, and cellular and tissue-based products (HCT/Ps)”³ According to the FDA, “Historically, the approach to regulating human cellular and tissue-based products (now called human cells, tissues, and cellular and tissue-based products or HCT/Ps) was highly fragmented,”4 A division was made between Section 361, which provides guidance on HCT/P products, and Section 351 which pertain to drug, device, and synthetics.

The AAOS article elaborates that: “The FDA issued a series of updated Guidance Documents in 2017 that established a clear roadmap regarding what is considered a biologic, device, drug, combination product, or HCT/P that is exempt from the otherwise rigorous approval requirements of the aforementioned classifications—such products are referred to as ‘Section 361 Exempt’...there has been an explosion of companies offering myriad products they claim to be ‘361 exempt’ but have no legitimate basis for that qualification. Furthermore, many of the firms have made no effort to engage the FDA in a proper development path toward regulatory approval.”

How does this impact decision-making, patients, and the physicians who treat them?

An example of regulatory abuses is demonstrated by the current proliferation of products which claim to utilize mesenchymal stem cells. These products are intended to be used in conjunction with another product, such as a demineralized bone matrix, and some have been marketed as delivering the complete triad of osteointegration. How are companies providing sufficient evidence to support these claims? As Bruder points out, “these products are not eligible for Section 361 exemption, and the FDA has not approved any mesenchymal stem cell, exosome, SVF, or micronized amnion product for any indication. Those HCT/Ps are considered adulterated and illegal products.”5So, what is sufficient clinical evidence? It is important to recognize the hierarchy of scientific scrutiny and validity in the clinical data available.

Provided is a chart analyzing different levels of evidence as recognized by societies such as the AAOS, NASS, and publications such as the Journal of Orthopedic Trauma.6 A Section 361 exemption, legitimate or otherwise, should not be enough to satisfy medical practitioners, and discretion should lead to a critical approach of evidence-based product selection based on the established levels of evidence. Autograft is the current standard of care, despite the introduction of hundreds of orthobiologics includ-ing, drug-induced combinations, synthetics, and cellular allograft options marketed as alternatives to autogenous graft. Surgeons are presented with a plethora of op-tions when selecting a bone graft, and should rely on sound scientif-ic evidence. Very few bone grafts are supported by the high levels of scientific evidence, such as level 1 data, that doctors and their patients should expect. To date, only ICBG, BMP-7, BMP2, P-15 Peptide and local bone have been studied with stringent Level 1 criteria

In summary, heightened awareness of the source and substantiveness of data is necessary to protect physicians and their patients. As Bruder concludes, “it is fundamental to recall that our AAOS Code of Professional Ethics, as well as laws from the Federal Trade Commission (FTC), require that when we market and promote our clinical practice through any medium, we must not do so in a misleading, untruthful, or deceptive manner. Ignorance of the law or use of unsubstantiated evidence is not a legitimate defense. It is our responsibility to demand rigorous clinical and scientific evidence from sales representatives, as well as unambiguous, nonconfidential correspondence from the FDA indicating the regulatory status of the product in question.”8 A critical approach to product selection should be best for both physicians and their patients, and navigating the litany of orthobiologic products should be done with an evidence-based mindset. The AAOS is providing its members with tools to help better differentiate between products that are evidence-based versus those that are not supported by adequate and sufficient data 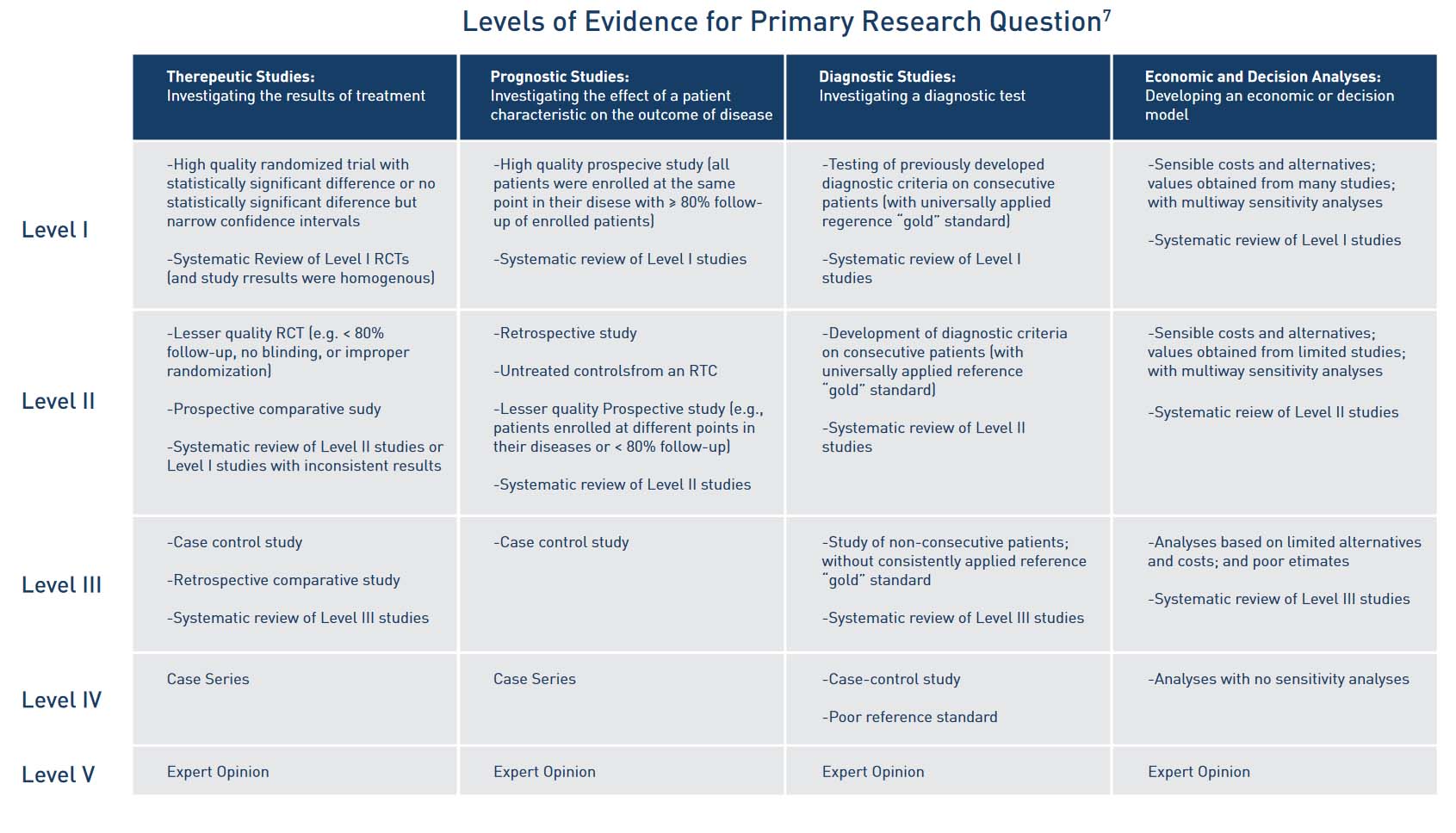 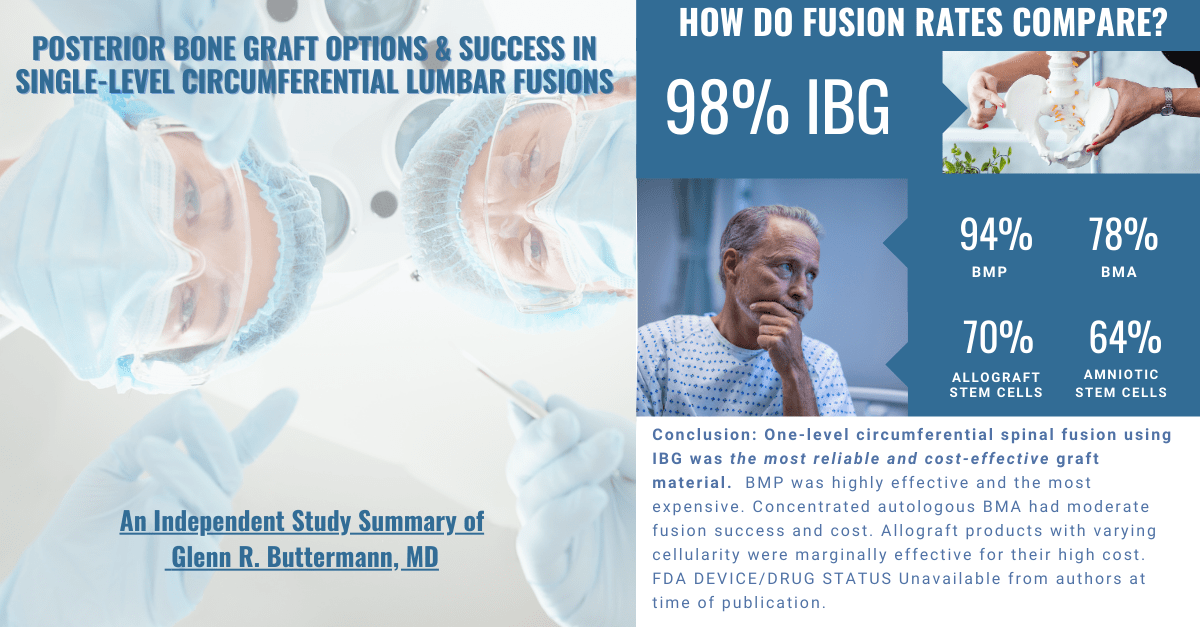